Does The Original Shotokan Karate Continue To Be Taught?

Almost every story has heroes and eventually we get acquainted with little-known cases of people who decide to stick with tradition and oppose the mainstream, trying to preserve, as far as possible, what had been learned at its origin.

​One of these rare and intriguing stories is about four, still alive, direct students of Gichin Funakoshi - founder of Shotokan Karate-Do and known as a "father of modern karate," dedicated to passing on the teachings of the master, just as they have learned.

Shotokan Karate movements and techniques have changed over time, as well as several other styles. To say that art continues to be taught, as it has passed through its creators, is a myth. Gichin Funakoshi himself wrote in Karate-Do My Way of Life: "Time change, the world changes, and obviously the martial arts must change too. The karate that high school students practice today is not the same karate that was practiced even as recent as ten years ago, and it is a long way indeed from the karate I learned when I was a child in Okinawa".

Having said that, it is still at least curious and fascinating to have the opportunity to learn from those who had the honor of being with this man with a remarkable life history and who changed the course of Karate-do in Japan, becoming known as one of the most practiced martial arts around the world.

BUT WHO ARE THESE ORIGINAL SHOTOKAN KEEPERS?

​The Shinanomachi Dojo is where some of the Funakoshi's direct students are still practicing the same old Karate taught by Master Funakoshi. 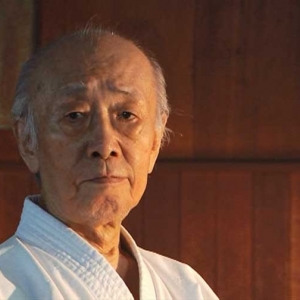 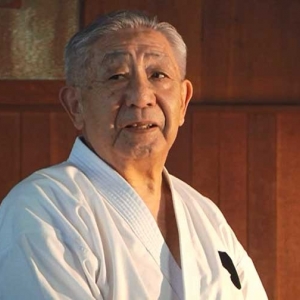 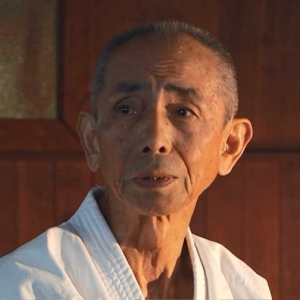 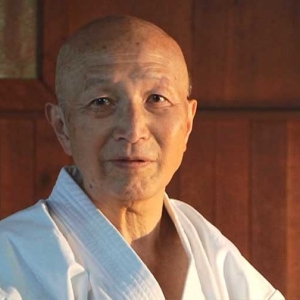 ​Shinanomachi Dojo is part of a group of three university dojos, the Keio dojos, which counts with more than 450 practitioners. 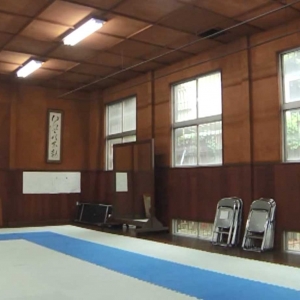 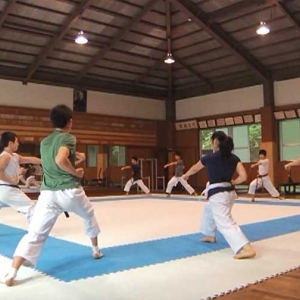 The other two dojos are Mita Dojo, located on Mita Campus at the east of Tokyo, the very first dojo opened by Funakoshi in Japan in 1924, and Hiyoshi Dojo, located at Hiyoshi Campus, a very prestigious place on the northeast of Yokohama City, Kanagawa Prefecture. Hiyoshi Dojo focuses in competitions and sports karate.

At Mita Dojo, there is a library with original books written by Funakoshi containing original katas, techniques and official documents officializing the practice of karate. 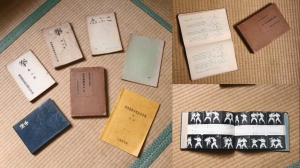 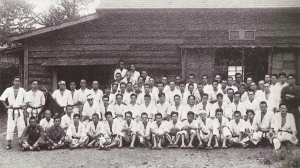 ​The Keio Dojos are managed by Mita Karate-Kai Graduate's of Keio Karate Club, which was established in 1924 and has Gichin Funakoshi as the Shihan since then, is formed by masters committed to promote and preserve the original Karate Shotokan, explains Norihisa Nagura, chairman of the organization.

The practice of modern Karate is called "Shitei" that consists in movements required by Karate Federation in competitions and exams. The practice of original movements is called "Keio," and some katas executions differ slightly from "Shitei" and some also include the use of weapons, which is rare to find in Shotokan Dojos nowadays as we discussed in the article "Why don't most of the Shotokan Dojos practice Kobudo?".

Watch the the difference between Shitei and Keio versions on Shuto Uke, knife hand block:

​According to the last Funakoshi students, there was daily arduous training in makiwara and basics, and when they started there was no Gi, but instead, they wore regular kimonos.

They also recall that contact after classes was rare and eventually some students had the opportunity to accompany the master up at home or even drink sake in the company of other members. Sensei Akiyoshi Iwamoto remembers that Master Funakoshi had his face a bit red after drinking too much sake and ended up earning the nickname "tomato."

Master Kase says that Funakoshi kept saying that one must be like a triangle inside a circle that means that one needs to be gentle outside and when the time comes you have to be hard, very brave.

You can learn more about Keio dojos watching the Karate Shotokan DVD series produced by VP-Masberg.