All warfare is based on deception. There is no place where espionage is not used.
- Sun Tzu

LET'S BEGIN WITH THE ORIGINS OF THE WORD "NINJA."

​Kanji characters allow two languages to be written at once, and it can be read as a native Japanese word or a Chinese-derived word.

The word Ninja comes from the two Kanji characters. 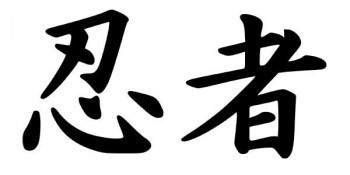 Shinobi no Mono means "a person skilled in the art of stealth," or "one who endures."

Shinobi no Mono or Ninjas were military units or single agents, specialists in clandestine and guerrilla warfare, espionage and infiltration, arson and explosives and thievery, utilized by Samurai Clans and Families. Their training also included psychology, acting, and philosophy.

The word Ninjutsu is a combination of the characters "nin" and "jutsu" that means "skill" or "technique" thus, Ninjutsu is the skill or technique practiced by the ninja.

"Ninjutsu, or Ninpo, is a collection of adaptable survival techniques that allows one to face the uncertainties of life and to respond to dangerous situations, through physical and psychological discipline, where one uses orthodox weapons in unorthodox ways." 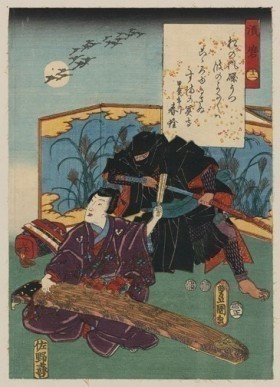 NINJA: ASSASSINATION, 1852. A ninja about to attack Prince Genji. Woodblock print by Utagawa Kunisada (1786-1864), 1852.There is much discussion on this topic, and some say that records are going back as far as 4,300 years. More likely and realistic is that the origin of Ninjutsu was born of Chinese influence in Japanese culture, just as it happened with Karate in Okinawa.

Stephen Turnbull, a leading historian of Japanese warrior castes, mention the extensive use of spies and covert and psychological warfare described in the book The Art of War from Sun Tzu, laying down a blueprint for what become fundamental elements of Ninjutsu.

The direct Chinese influence is ascribed to refugees fleeing the chaos provoked by the collapse of the Tang Empire in China in the early tenth century. Generals and sages alike made the crossing to Japan and, according to legend, found refuge in the mountains of the Iga and Koga areas, the traditional ninja heartland. There, they supposedly combined their spiritual and physical

systems with martial arts and military training to create Ninjutsu, which was subsequently passed on to the locals.​

Iga and Koga produced hardy warriors who had little or no allegiance to feudal overlords, and who were thus able to hire themselves out as mercenaries.

During the civil wars in the twelfth century, the Ninja actions became a well-established part of the warfare. Accounts of the Genpei War (1180–1185) and Nanboku-chō Wars (1331–1392) speak of spies and attempted assassinations, covert operations against heavily fortified castles, and clever tactics on the battlefield.

In the same period, formal Ryu of Ninjutsu came into existence. Yoshitsune-ryū, for example, had a legendary foundation. According to the story, Minamoto no Yoshitsune, brother of a powerful samurai who later became shogun, fell out with his brother and became a Ninja-like outlaw with many adventures.

Another well known Ninjutsu ryū is Togakure-ryū "School of the Hidden Door," founded by Togakure Daisuke, a sixteen-year-old minor samurai in the service of a defeated lord, Minamoto no Yoshinaka, who fled to the mountains of Iga Province in 1184. He learned his martial ways of Ninjutsu from a Taoist sage known as Kain Dōshi or Kasumi Gakure - "Hiding in the mist," who helped him during the escape and accepted him as a student.

The number of Ryu founded during and after this period is disputed, but Masaaki Hatsumi, current Togakure-ryū Soke (Grandmaster), estimates seventy. 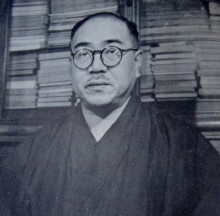 Seiko Fujita, born Isamu Fujita, was a Japanese martial artist who was 14th Headmaster or Soke of Kōga-ryū NinjutsuSeiko Fujita (1898-1966) learned Ninjutsu from his grandfather Fujita Shintazaemon and was considered the 14th headmaster of Koga-ryū Wada-ha.

Fujita later worked as a government security specialist, and it's believed that he served in assignments for the Imperial Government during the Taishō and Shōwa periods.

Considered as living Ninja legend, Masaaki Hatsumi, 86 years old, is the leading authority responsible for most research being done on Ninjutsu and founder of the Bujinkan Organization - an international martial arts organization created in 1970. 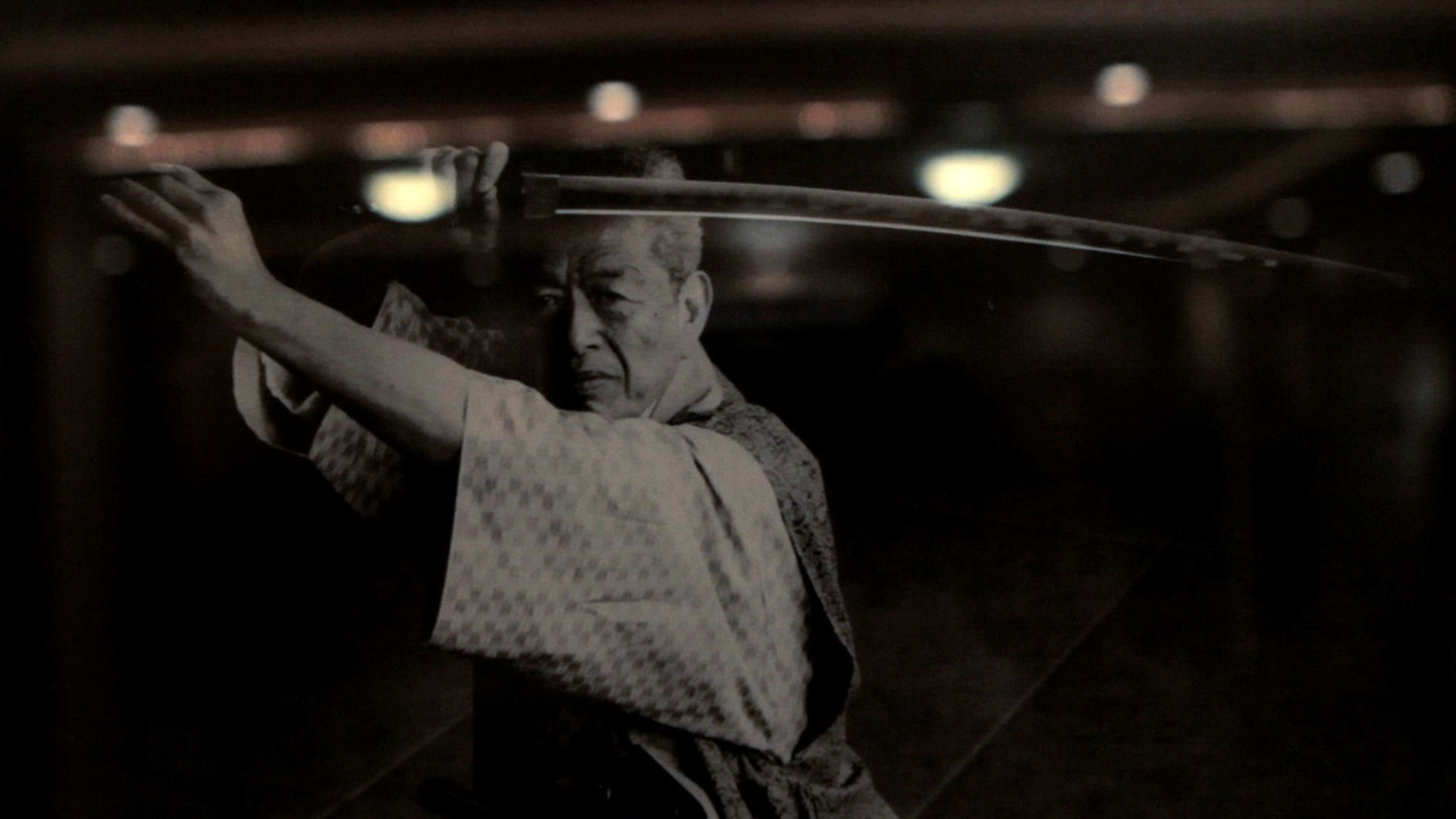 Hatsumi studied Judo, Kendo, Shito Ryu karate, aikido, and Kobudo. By the time he was 20 years old, he had obtained the rank of the 4th-degree black belt in Judo. When he was 26, he met Toshitsugu Takamatsu, known as "the Tiger of Mongolia." Hatsumi was accepted as Takamatsu's student and spent fifteen years on Honshu Island learning various Ninjutsu styles from Takamatsu and other members of the Takamatsu family.

Toshitsugu Takamatsu was a Japanese martial artist and teacher of Bujinkan founder Masaaki Hatsumi. He has been called "The Last Shinobi" by Bujinkan instructor Wolfgang Ettig.Soke Masaaki Hatsumi is the author of over a dozen books and 40+ video productions on the art of Ninjutsu. He was featured in almost every magazine relating to martial arts in Japan, and throughout the entire world, besides being authored countless magazine and newspaper articles on Ninjutsu. He wrote, directed and acted in 50 episodes of a television series called 'Jiraya' which was the number one watched kid's program in Japan. He's also worked as historiographer

​of martial arts for various plays and movies, acting as a consultant to ensure that what is being portrayed is done correctly based on real history.

Nursing students at the Health Sciences Center, Moorpark College, and hundreds of nurses in Spain learned self-defense techniques by Hatsumi's disciples in case they face violent situations with patients and visitors.

His dojo, located in Noda, on the outskirts of Tokyo, receives many foreign visitors daily, and most of them are high dan holders of Karate and Judo.

​Tatsuya Naka did wish to study Hatsumi's techniques in person as part of his way in the pursuit of martial arts mastery, and in 2016, he experienced the world of deception.As a result of his experience, he stated:

"This is precisely the theme I've been pursuing for the past few years. 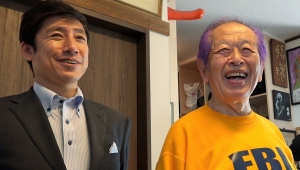 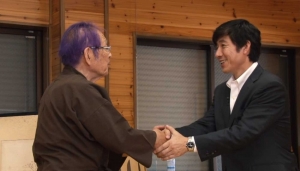 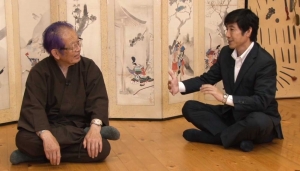 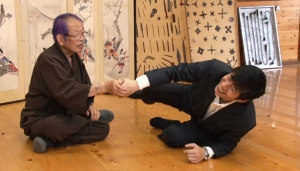 What exists between truth and deception?

Space exists. And by space, I also mean time, which becomes space-time.

I'm attacking without an opponent. I lose motivation to strike, and because I'm idle, I fall under his control.

You'd think that I could run away, right? But I even lose the motivation to escape.

Normally, when I strike, I pull back, but I end up staying there for some reason. That's how he is able to control everyone."

Due to all different movies and media of the 1980s, if you mention the word "Ninja" to anyone, in the East or West, they will probably picture assassins possessing supernatural powers, dressed in black, only revealing the eyes and running around with a sword on their back.

All exaggeration of some remarkable accomplishments has become a mystery topic on people's imagination worldwide, and as a consequence, the perception in popular culture is often based more on such legend and folklore than on the historically accurate military special forces of ancient Japan.

According to Mark Davis, founder of New England Ninpo Society, which is under auspices of Hatsumi's Bujinkan Dojo and Stephen K. Hayes Shadows of Iga Society, the first step in understanding Ninjutsu is to dispel some of the misconceptions surrounding the art.

Ninjutsu has been alternately referred to as the art of stealth, the art of invisibility, or art of assassination, as well as similarly unsavory designations. Ancient Ninja did indeed engage in guerrilla and espionage activities but the context of almost continual feudal warfare. In those trying times, Ninja techniques were used to inflict deadly injury. Today, however, Ninjutsu should not be regarded as the martial art of criminals.

The surviving legacy of Ninjutsu is, in fact, that of art that focuses on effective self-defense and realization of an individual's physical, mental and spiritual potential. Hence, the concept of learning to endure and take control of one's life is a more profound, and more accurate, representation of Ninjutsu today than the idea of invisible assassins.